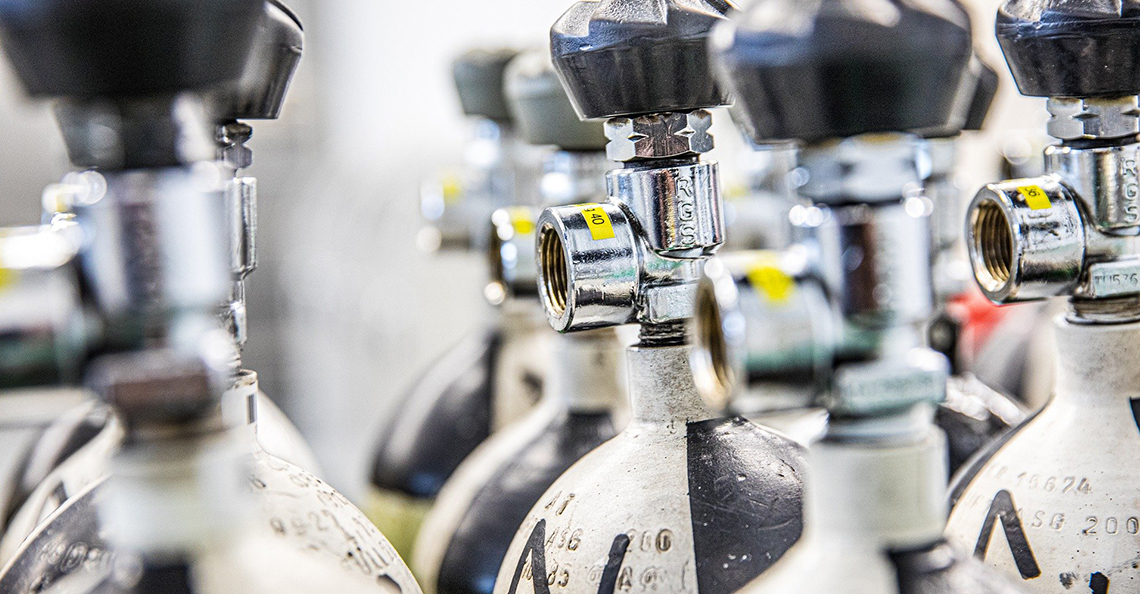 A large chemical client of ours was in need of gas compressor refurbishment for multiple units. Specifically, they needed a total overhaul of three intercoolers.

As part of a multi-stage compression system, these intercoolers serve two functions:

Because of the increase in temperature generated by the high compression ratios, failing to cool the gas between stages could result in damage to the compressor equipment as the gas exceeds safe operating temperature limits.

Properly cooled gas also results in higher efficiency. Cooling produces condensation of the water vapour contained in the gas. Effectively separating out that water vapour for removal between stages results in a reduction in the total amount of gas to be compressed, reducing the workload on the compressor over all.

In order to carry out the gas compressor refurbishment, the Serck team collected these units from the client’s site in South Wales, and transported them to our workshop in Newcastle, where each unit underwent rigorous inspection by our site engineers.

The units prior to our collection had been stored outside, and as such were significantly degraded due to exposure to the elements. There was debris and some corrosion noted on the fins, some of the tubes were blocked with sludge and rust deposits, and there was evidence of carbonate deposits indicative of water leakage. The side plates and flow diverters had also suffered heavy corrosion, with some sections missing entirely. These units needed significant work to be brought up to an as-new condition before they could be put back into production.

The Solution: a step-by-step approach to gas compressor refurbishment from the ground up

The Serck team took their usual methodical approach to inspecting and repairing the entire cooler assembly, starting with cleaning the entire unit, both airside and tubeside, in our vibrasonic cleaning tanks – some of the UK’s largest.

The tubeplates were cleaned to bare metal which highlighted up to 10% loss of the tube plate thickness. These were rebuilt and repaired using a solvent free epoxy. Group tube vacuum tests were then conducted to test both the tubes and tubeplate joints. Where air bubbles in water tanks indicated there was a possible leak, individual tube leak tests were done, with any faulty tubes plugged.

The side plates were found to be so badly degraded that Serck recommended they were replaced entirely, and the new plates then had a protective coating applied to better protect the unit once back in its exposed situation.

The Results: a return to full function with additional improvements

All three units are now as close to their original design specification as possible and following the replacement and improvement of the side plates, these compressors are ready to go back into service.

For more information on this project, or if you have intercoolers of any sort that need servicing, cleaning, or refurbishment and repair, contact us today.