Home > Our Project > Keeping the water taps flowing in Sharjah 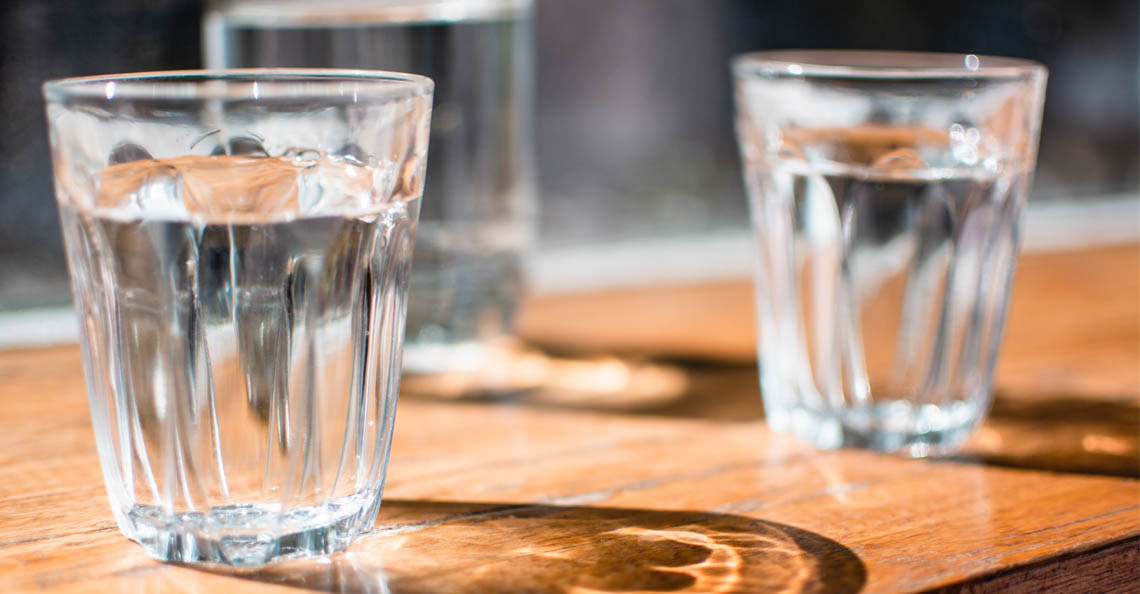 The Sharjah Electricity & Water Authority (SEWA) provides electricity, water and piped natural gas connections to 2 million consumers in the United Arab Emirates. In an area where the average annual temperature exceeds 30C (85F) and where it only rains approximately 12 days a year, a reliable freshwater supply is essential. Thanks to their coastal position, SEWA provides drinking water to their customers from both underground and desalination sources.

When one of their desalination plants was having an issue, they called Serck to help because of our rapid response team and expert troubleshooting capabilities.

The Challenge: Quickly identifying and repairing leaks in a complex, critical system.

The Serck Sharjah service division received a call late at night from SEWA management saying that the Multiple Effect Distillation (MED) Condenser (which is for the desalination of sea water for the Emirate) was leaking and that they could not easily identify the leaking tubes. The whole MED Condenser system had been shut down as a result. If this leak couldn’t be fixed quickly, it would risk the water supply to the Emirate. 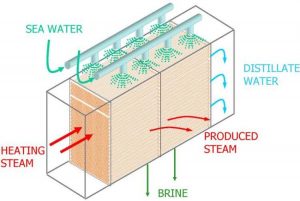 The MED evaporator is a complex multi-stage system consisting of several consecutive cells maintained at a decreasing level of pressure and temperature from the first (hot) to the last (cold). Each cell (also called an ‘effect’) contains a horizontal tube bundle. The top of the bundle is sprayed with sea water that flows down from tube to tube by gravity. Heated steam is then introduced inside the tubes. Since the tubes are cooled externally by sea water, steam condenses into distillate (fresh water) inside the tubes. In the last cell, the produced steam condenses in a conventional shell and tubes heat exchanger. This exchanger, called “distillate condenser” or “final condenser” is cooled by sea-water. At the outlet of the final condenser, part of the warmed sea-water is used as make-up of the unit, the other part is rejected to the sea.

Overall, the unit at this SEWA facility is made up of over 3000 tubes, any of which could have been causing the problem.

Serck immediately mobilized a team of 6 qualified technicians, manufactured an individual tube testing kit that lined up with SEWA’s plant architecture, and worked around the clock doing individual tube testing and on-site repair. The whole process of identifying which of the 3000 tubes were leaking, then repairing and re-starting the process to identify the next leak and ensure the integrity of the full system before recommissioning took the team 72 hours, (for the maths enthusiasts, that’s less than 2 minutes per tube!).

“This is why we call Serck” said the SEWA Station Manager Nader Al Obeaidli. “Their methodical approach to troubleshooting and repair, plus their wealth of industry knowledge meant we knew our critical infrastructure would be back up and running quickly and safely. Our entire team thanks them for their fast response and quality work – as usual!”

The teams at Serck regularly provide heat exchange products and services for critical infrastructure. To learn more about how we can help you maintain, repair, or upgrade your public utilities, contact us today.